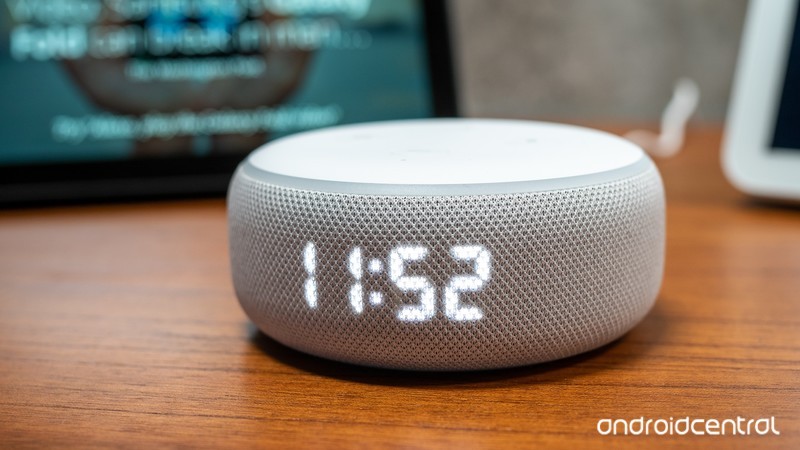 The Echo Dot with Clock has been one of the most favorably-received products to come from Amazon in 2019 and for good reason. It is a product update that could just as easily be described as the Echo Dot (3rd Gen) “Plus” if you will, because it doesn’t look that different than the 3rd Gen, especially when it’s not plugged in. The size, form factor, speaker, microphones, and sound quality are all the same as that device, which impressed us last year when it was released. So what’s different you ask? Well, it’s all right there in the name — that clock!

I’ve been a fan of the Echo since its debut in late 2014, and I still have several assorted sizes and colors of the various tubes, pucks, and screens spread out around my house (heck, I even have an Alexa device in my shower!), so I’m no stranger to what the Echo Dot is or what Alexa can do through it. It’s been a while since I’ve had an LED alarm clock in my bedroom, though, so I was eager to try out this device to see how I liked it.

The Echo Dot with Clock is a seemingly minor update to a popular existing product line, but it has the potential to really enhance the overall usefulness of the product. Can it deliver on that promise? That’s what I set to find out. 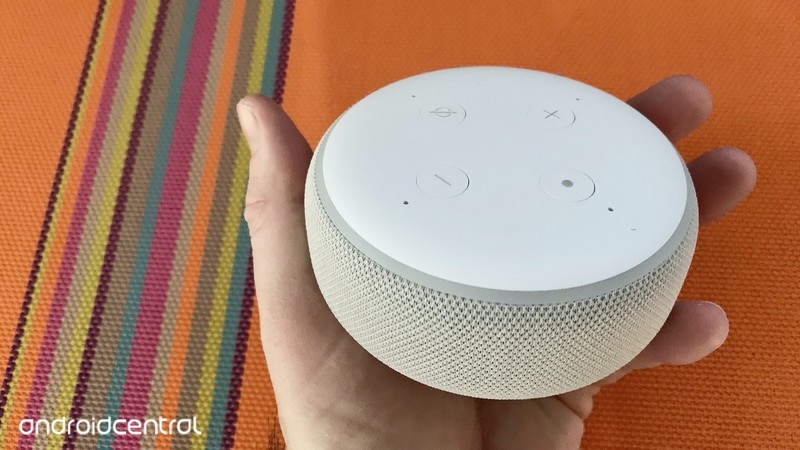 Coming from the first and second-generation Echo Dots, I was really impressed with how much better the Echo Dot with Clock (and by extension, the third-generation Echo Dot) looked, felt, and sounded, I know I’m a bit late to the party, but my previous Dots are still going strong, so I didn’t see the need to upgrade just yet. I do now.

I didn’t see the need to upgrade before. I do now.

The improvements to the speaker from Gen 2 to Gen 3 are night and day, and I think this little Dot can go toe-to-toe with my bigger Echoes (1st and 2nd Gen and Echo Show 5) in terms of sheer volume and gravitas. When testing it in my office, I actually think the Echo Dot with Clock sounded better at medium and high volumes than my Echo Show 5. Perhaps this is because the Show 5 has rear-firing speakers and so the sound wasn’t coming directly at me, but color me impressed.

I still really like that Amazon has stuck with the physical buttons on the top of the Echo speakers. I personally find this…