Apple has explored the idea of adding a camera to the Apple Watch, although not in the way one might expect.

The U.S. Patent and Trademark Office today granted Apple a patent that describes an Apple Watch band with a camera or optical sensor affixed to the end of it. This would enable the Apple Watch to capture photos and video, with the Apple Watch’s display serving as the viewfinder.

The band would be made with flexible materials, like many current bands, allowing the user to bend or twist it to aim the camera. Apple’s patent includes various illustrations of how the band and camera could be positioned, including one where the camera hovers just above the Apple Watch’s display. 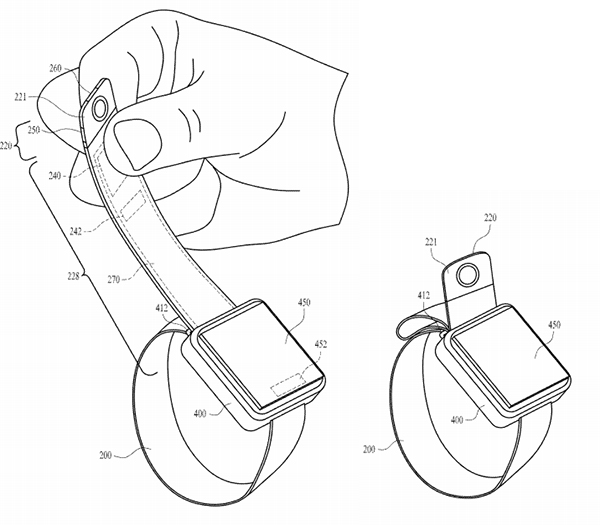 A camera on the Apple Watch could enable basic photo capturing and FaceTime calls on the wrist. The patent also describes the possibility of multiple optical sensors, suggesting that a future Apple Watch band could have both front and rear cameras, allowing users to switch between views like on the iPhone.

Apple filed the patent application with the U.S. Patent and Trademark Office on September 16, 2016, a week after it unveiled Apple Watch Series 2…