UPDATE: Apple’s CEO Tim Cook issued a memo to the company’s employees in which he defends the decision to remove the HKmap app from App Store. Bloomberg obtained the full memo that claims the decision was based on information provided by Hong Kong Cybersecurity and Technology Crime Bureau, as well as users in Hong Kong. An excerpt of the memo is available below:

“It is no secret that technology can be used for good or for ill. This case is no different. The app in question allowed for the crowdsourced reporting and mapping of police checkpoints, protest hotspots, and other information. On its own, this information is benign.”

ORIGINAL STORY: The protests in Hong Kong continue to spark tensions between China and companies that inadvertently support the local population with their products, or don’t disavow those who cause offense by voicing their support for the movement.

The most recent example is Blizzard, the US company that banned a few days ago Hearthstone player Bliztchung from the Grand Masters Tournament. Hong Kong player Ng “Blitzchung” Wai Chung appeared on the official Taiwanese Hearthstone stream for his post-game interview wearing a gas mask, he lifted it and shouted, in Chinese “Liberate Hong Kong, revolution of our age!”

Blizzard’s penalty imposed on Blitzchung was incredibly harsh, as the US company announced he will be expelled from the tournament, including retroactively revoking the prize money he had earned throughout the season, and banning him from competing in events for a year. They also fired the casters and said they will not work with them again.

Merely days after that incident, another US company is in the middle of a PR war – Apple. The Redmond-based company removed a controversial app from the App Store earlier today, which was presumably meant to help families with children avoid tear gas in Hong Kong.

The app called HKMap.live.app crowdsources the location of police and anti-government protesters and was approved on October 4 after being denied access to the App Store initially. As soon as it popped up in the App Store, the app immediately shot to the top of the charts for the travel category in Hong Kong. 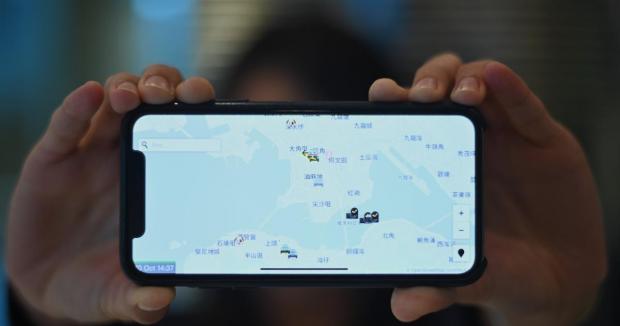 Unfortunately, after less than a week, Apple backtracked on its initial decision and removed the HKMap.live.app from the App Store. The developer of the app confirmed the information on Twitter and says that while it once believed the App rejection was simply a bureaucratic problem, it is now convinced that it’s a political decision “to suppress freedom and human rights in Hong Kong.”

In return, Apple issued a short statement for CNN, which somewhat explains the reasoning behind the removal of the app:

“The app displays police locations and we have verified with Hong Kong authorities that the app has been used to target and ambush police, threaten public safety, and criminals have used it to victimize residents in areas where they know there is no law enforcement. This app…