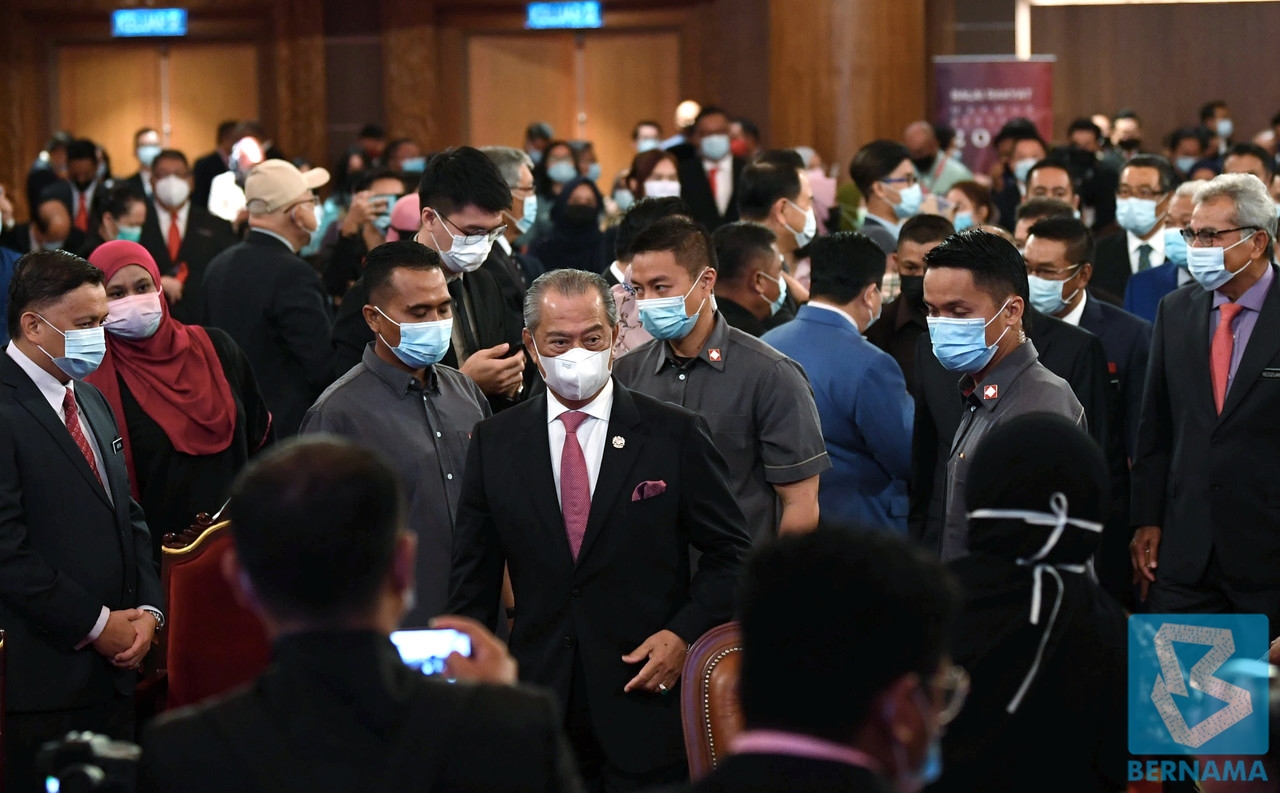 Muhyiddin arrives at the ‘Prosper Together With Sabah 2030’ townhall session at the Sabah State Administrative Centre today. – Bernama photo

The Prime Minister said he was aware that in the context of Sabah, its development was still lagging in some aspects compared with some states in the peninsula and that the federal government was committed to reducing the gap.

“In line with one of the main objectives of the Shared Prosperity Vision 2030, which is development for all, the (federal) government is committed to ensuring sustainable development in every state, including Sabah.

“(Under) The First Rolling Plan of the 12MP, a total of 1,039 development projects with an allocation of RM5.01 billion was approved for Sabah,” he said when addressing the “Prosper Together With Sabah 2030” townhall session at the State Administrative Centre here today.

Muhyiddin said among the major development projects being carried out in Sabah was the Sabah Pan Borneo Highway,  a ‘game changer’ project that would change the lives of the people of the state.

Others, he said, were the Sapangar Bay Container Port expansion project,  upgrading of 50 dilapidated schools  and the Sabah Rural Road project, all of which are expected to boost economic activities in Sabah.

“The government’s efforts are also focused on addressing poverty and strengthening inclusive development in Sabah…the Covid-19 pandemic impacted most of our people, with those in B40 becoming B50, M40 now the poor. This is a serious matter, how do we want to give inclusive development for Sabah.

The Prime Minister said the measures taken were expected to ensure a balanced socio-economic development for the well-being of the people in Sabah.

Muhyiddin said in an effort to address the gap in development between the urban and rural areas, the government would also continue to take a comprehensive approach to ensure the welfare of every citizen.

He said there are about 1.52 million people in the rural areas in Sabah, which is 20 per cent of the country’s rural population in Malaysia.

The government, he said, would continue to carry out various initiatives to improve connectivity between the rural and urban areas through the construction of 700km of roads under the rural road project that would benefit 232,000 residents.

The Prime Minister said an allocation of RM369.8 million had also been made for Housing Projects for the Hardcore Poor, which included RM213.6 million for the construction of 2,700 new houses and RM156.2 million for repair of 9,200 housing units.

He said focus would also be given to the vulnerable groups such as children, with RM800 million allocated for Supplementary Food Assistance and Per Capita Grant Assistance for one million children at Kemas childcare centres from this year until 2025. – Bernama