The smuggled cigarettes and alcoholic beverages seized in the raid.

MIRI: The 12th Battalion of the General Operations Force (GOF) successfully thwarted a cigarette and alcohol smuggling operation, seizing contraband worth RM603,514 during a raid on a store located behind a house at Jalan Maigold Golden Royal Villa in Senadin here yesterday (Aug 26).

Its commanding officer Supt Tan Hiap Seng said the ‘Ops Libas’ operation, which also involved officers from the Malaysian Anti-Corruption Commission, was carried out at about 1pm following information received and intelligence gathered.

“The raiding team uncovered 1,824 boxes of canned beer, 202 boxes of bottled beer, and 90 boxes of alcoholic beverages of various brands stored in the store.

He revealed that a man in his 30s who claimed to be the storekeeper was also arrested after he offered a bribe of RM20,000 to the raiding party to not take action against him. 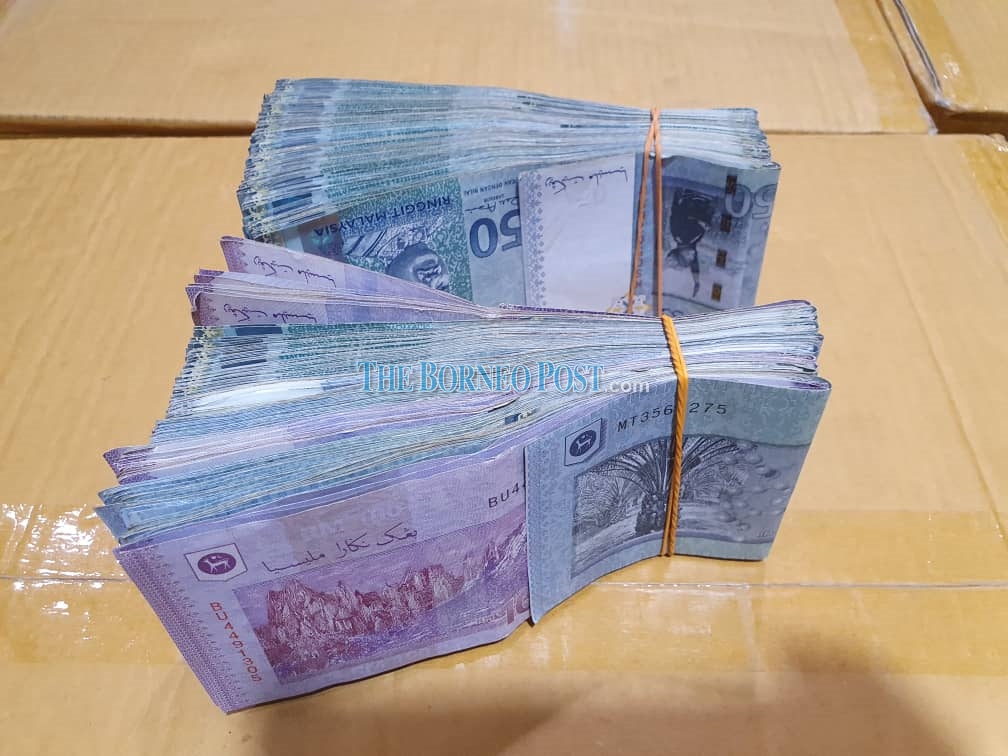 “The storekeeper had been warned repeatedly but still urged the raiding team to accept the bribe money.

“The storekeeper who had failed to produce any relevant documents for the items was then arrested under Section 17 (b) of the Malaysian Anti-Corruption Act 2009 and Section 135 (1) (d) of the Customs Act 1967,” said Tan.

Tan disclosed that the total seizure, including contraband items with unpaid taxes, the van and the bribe money was estimated to be about RM603,514. The seized items were handed over to Miri district police headquarters (IPD) and MACC Miri for further action and investigation.

He added that initial investigation found that the store was used as a temporary storage place for liquor and cigarettes before being distributed in shops around the area.