After months of waiting and a design overhaul, Samsung’s first foldable smartphone, the Galaxy Fold, is now available to customers who want to shell out $1,980 for a device that can convert from a phone into a tablet.

We decided to pick up one of Samsung’s folding smartphones to test it out to see if it’s worth the price point, so check out our video for our Galaxy Fold unboxing and first impressions.

Samsung initially planned to release the Galaxy Fold in early 2019, but after providing the device to reviewers, a host of major issues were uncovered that impacted the durability and performance of the device. 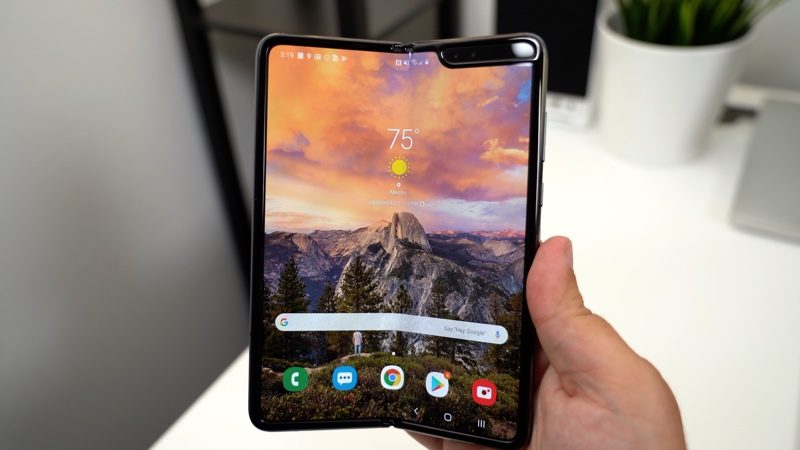 Samsung ultimately canceled the Galaxy Fold’s launch and went back to the drawing board to address some of the problems that led to multiple broken devices within a matter of days after reviewers received a review unit. 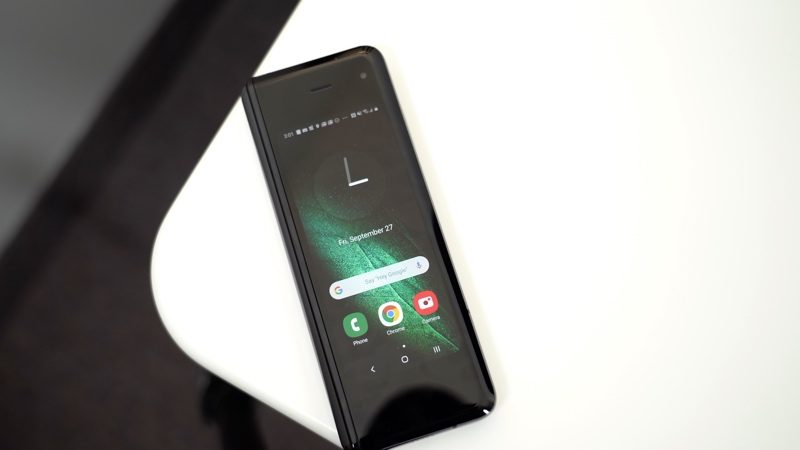 So the new Galaxy Fold is supposed to have a more durable display with a better protective layer (which some reviewers thought was meant to be removed on the original version) and a strengthened hinge to prevent breakage from dust and debris, and other durability changes.

Samsung’s updated device, as we discovered, comes with a whole host of paperwork and instruction, which makes for an odd unboxing experience. The Galaxy Fold is still delicate enough that users need to be instructed in the specifics of how to use it without breaking it. Many of the instructions are also outlined in a Samsung video:

Basically Samsung warns Galaxy Fold owners to use a light touch when interacting with the device, avoid water and dust, avoid excessive pressure, and to keep it away from objects that can be damaged by magnets. It’s unsettling getting such a long list of warnings with a new smartphone.

Design wise, the Samsung Galaxy Fold is massive in size and heavy compared to a standard smartphone, but that’s no surprise since it unfolds from a thick 4.6-inch smartphone into a 7.3-inch tablet. 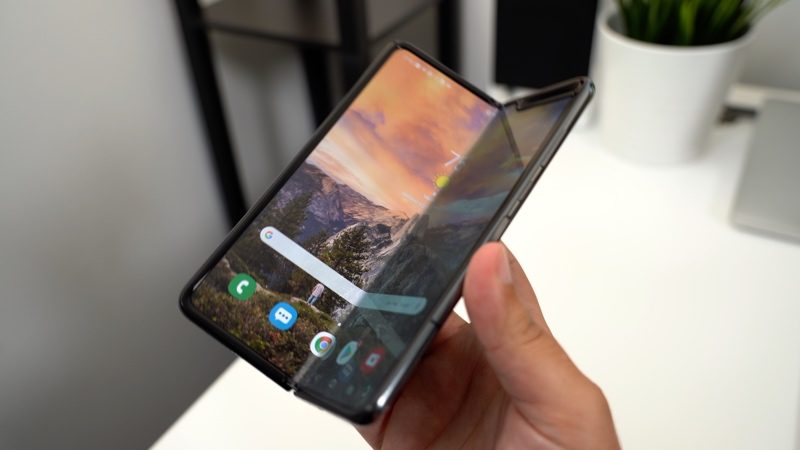 There are volume and power buttons on the right side along with a fingerprint sensor, which is best suited to a thumb due to its position. There’s a triple-lens camera at the back, two front-facing cameras at the front when it’s unfolded, and one other camera on the front above the display when folded. 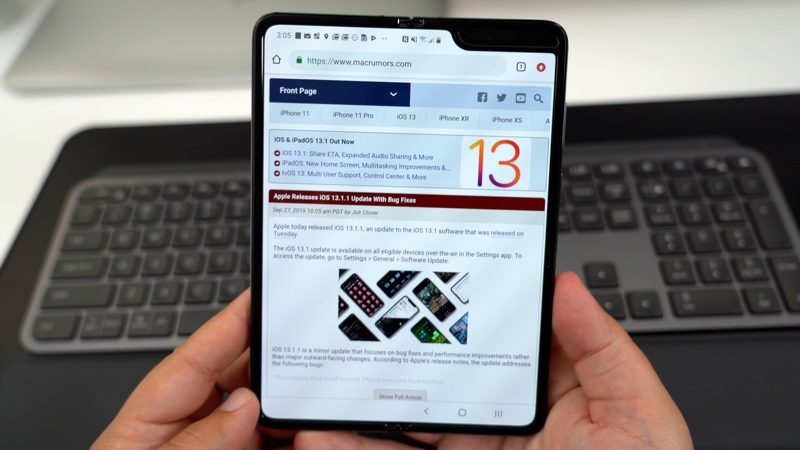 The versatility of the Galaxy Fold is useful because the small 4.6-inch folded size is ideal for one-handed use, but then the 7.3-inch display is ideal for when you have the time and space to use the phone unfolded. It’s an interesting compromise for those smartphone users who have always preferred a smaller form. 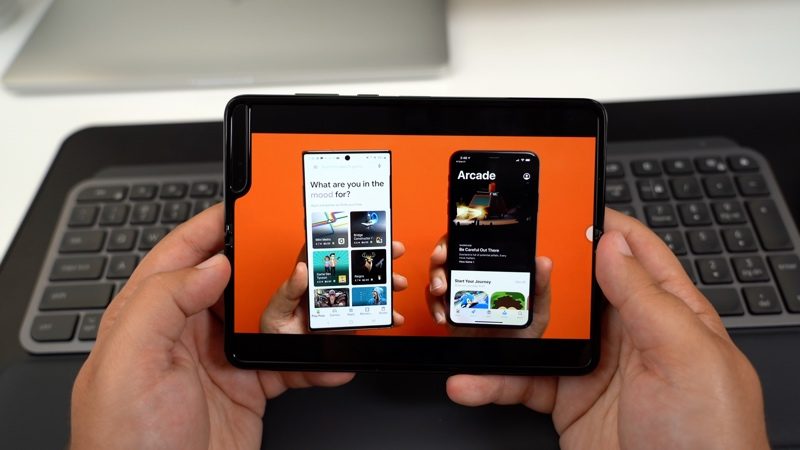 Using a folded phone in practice is novel and it’s not quite like anything else that’s out there. The 7.3-inch display looks great, and it’s perfect for media consumption and multitasking. Typing with the keyboard works well despite the split design. 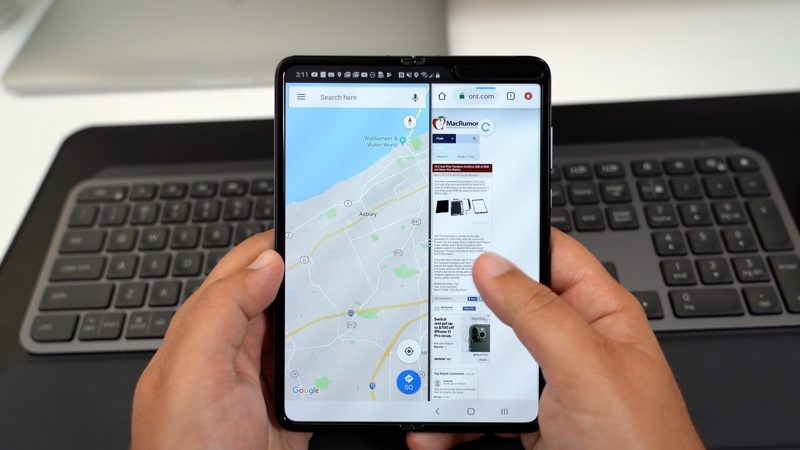