The Zorin OS community has announced today the general availability of the Zorin OS 15.1, the first point release of their latest Zorin OS 15 operating system series based on Ubuntu 18.04 LTS.

Coming six months after the release of Zorin OS 15, Zorin OS 15.1 is the first major update to the open-source and free computer operating system, based on Canonical’s latest Ubuntu 18.04.3 LTS (Bionic Beaver) operating system, which means that it now ships with the Linux 5.0 kernel for better hardware support as Zorin OS devs continue to target those moving away from Windows 7.

“We’ve paid close attention to your feedback and worked hard to make the desktop experience better for work, learning, playing, and everything in between. We’ve focused on making the desktop feel even more familiar and user-friendly to new users, especially those moving away from Windows 7 leading up to the end of its support in one month,” reads today’s announcement.

Highlights of the Zorin OS 15.1 release include better Microsoft Office compatibility and performance in the LibreOffice office suite, Feral Interactive’s GameMode, a technology that makes Zorin OS a better gaming platform by automatically allocating more GPU, CPU, and disk I/O resources to games you’re playing, as well as a more seamless experience for Android phone users with the latest version of Zorin Connect.

On top of that, Zorin Appearance now comes with a new Manual schedule option to allow users to choose the exact time of the day when automatic switching between Light and Dark themes starts, along with a new setting for enabling and disabling the Dynamic background opacity of the Panel and the ability to set the Window Manager theme. Zorin OS 15.1 also comes with a new font called Sans Forgetica. 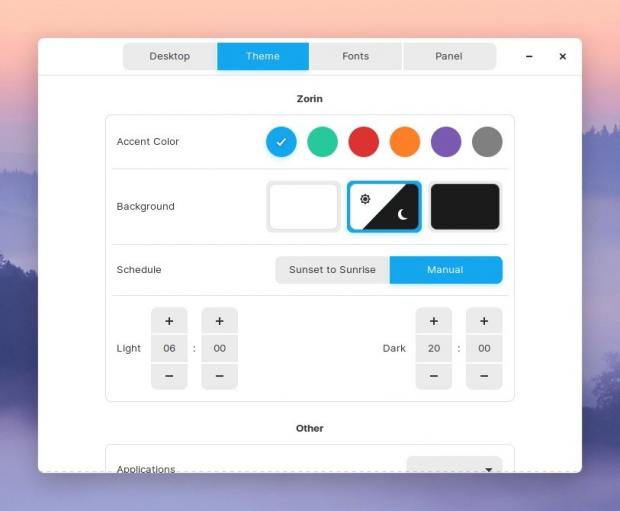